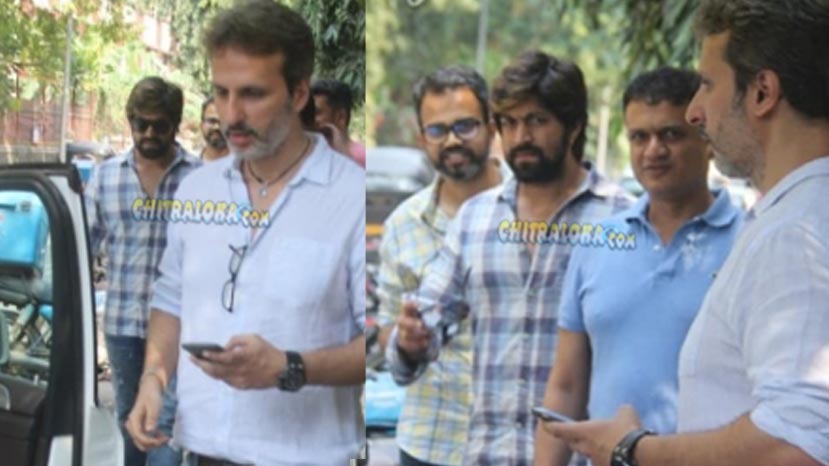 Top Bollywood distributor Anil Thadani may be releasing Yash starrer KGF in Hindi. Yash, director Prashant Neel and producer Vijay Kiragandu met the top distributor in Mumbai this week leading to speculation. Thadani is considered one of the top most distributors of Bollywood.

He has released half the films of Karan Johar. His last big distribution success is Stree last month. Thadani is more popularly known to Kannada audience as Raveena Tandon's husband. KGF is made on a mega scale and is being released in five languages. Kiragundur himself is a top distributor in Kannada. The film is being marketed aggressively in Tamil, Telugu and Malayalam. It was speculated that a big time distributor will promote the film in Hindi. It is likely to be Thadani.