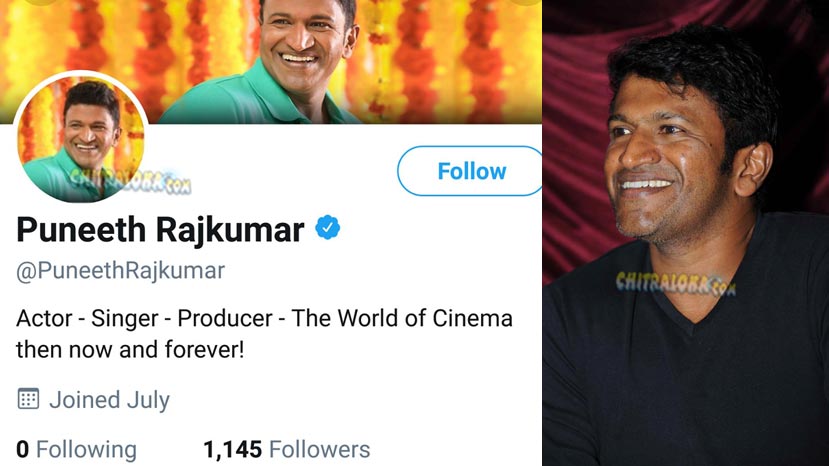 Following widespread request from fans Puneeth Rajkumar has finally joined Twitter. He has opened the account in July itself but has not made a single tweet till now. He is also not following anyone on Twitter.

However his Twitter account has been verified by Twitter with a blue star tick. More than a thousand people have started following him as the news spread on the micro blogging site. Fans and film celebrities by Tharun Sudhir and others are wishing Puneeth for making his Twitter debut.

Last year fans of Puneeth had made an online agitation requesting him to join Twitter. A fake account was widely reported last month.