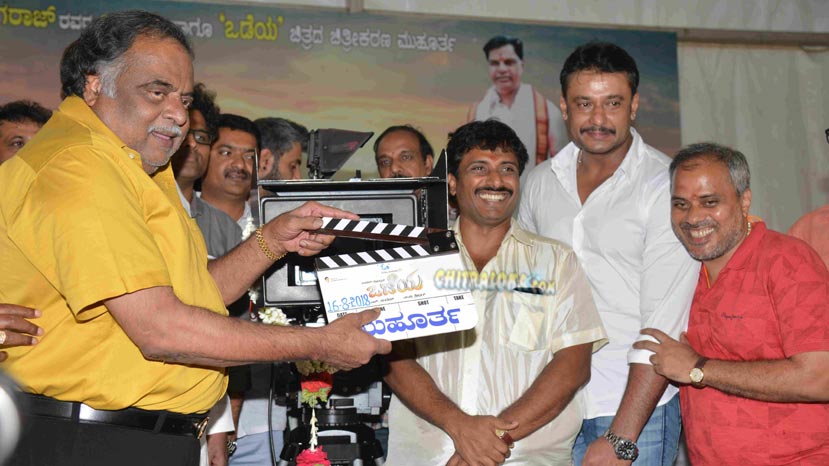 Darshan's new film 'Odeya' which is a remake of Tamil hit 'Veeram' was launched in Mysore today morning.

August 16th marks the birthday of Sandesh Nagaraj and the film was launched on the occasion of his birthday. Actor turned politician Ambarish was present and sounded the clap for the film.

Earlier, the film was titled as 'Wodeyar'. However, due to various reasons, the title was changed and the film is finally titled as 'Odeya'. The film is being directed by M D Sridhar, while A V Krishna Kumar is the cameraman.