Tamanna Bhatia To Dance For 'KGF' 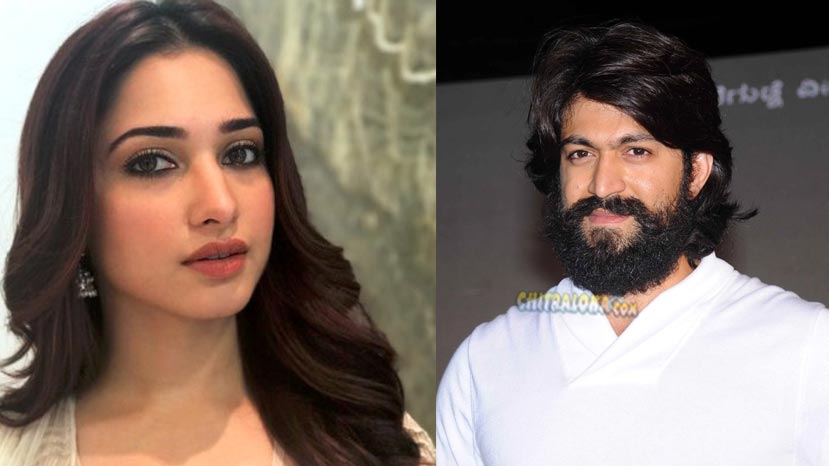 Well known actress Tamanna Bhatia who has acted in Telugu and Hindi films is all set to feature in an item dance number in Yash starrer 'KGF'.

The shooting for Yash starrer 'KGF' is almost done except for a song and the shooting for the song will start in a couple of days in Bangalore. The song features Tamanna Bhatia along with Yash and the song is a remix of yesteryear hit club song called 'Joke Naanu Belliya Minchu' from the film 'Paropakari'. The song will be shot in a specially erected set and Johnny Master will choreograph the song.

'KGF' is written and directed by Prashanth Neel who had earlier directed Murali starrer 'Ugram'. This is his second film as a director and the film is produced by Vijaykumar Kiragandur, who had earlier produced 'Rajakumara', 'Ninnindale' and 'Master Piece'. The film has music by Ravi Basrur and camerawork is by Bhuvan Gowda.