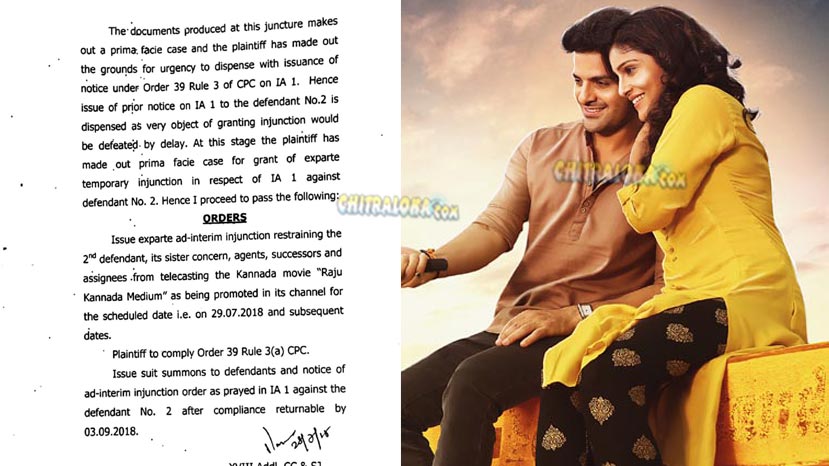 A court in the city has given a temporary injunction against the telecast of Raju Kannada Medium on Zee Kannada channel after a petition filed by Jayanna Films. Jayanna Films claim that Suresh Arts has sold the TV telecast rights of the film to it but has subsequently played fraud and sold it to Zee TV also.

Zee Kannada was running promos of the film to be telecast on Sunday. But the court order has come in the way now. The case has been adjourned to September first week. So till then the telecast of the film will not be possible.

The film released earlier this year and has become a very big hit. The film had Sudeep playing a mentor to Gurunandan. The adventure film was said to be highly valued.