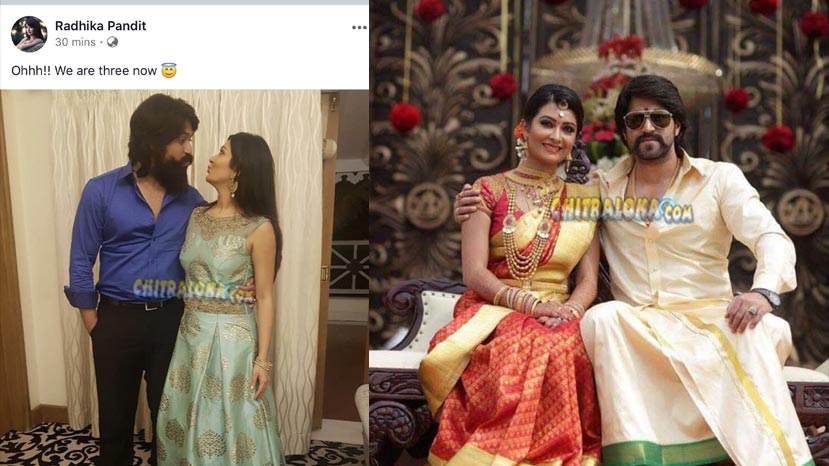 Radhika Pandit has announced the arrival of the first child of the Yash-Radhika couple with a simple statement "We are three now". No other details have been released by either Yash or Radhika in this regard. The couple were married in December 2016.

The couple have been seen together is several public ceremonies after that especially in relation to Yash's Yashomarga foundation works. But the family life has always been kept private for the last two years. The birth of the child is their first public announcement of personal life.

An official statement is awaited though the one line information is from Radhika's official social media page.