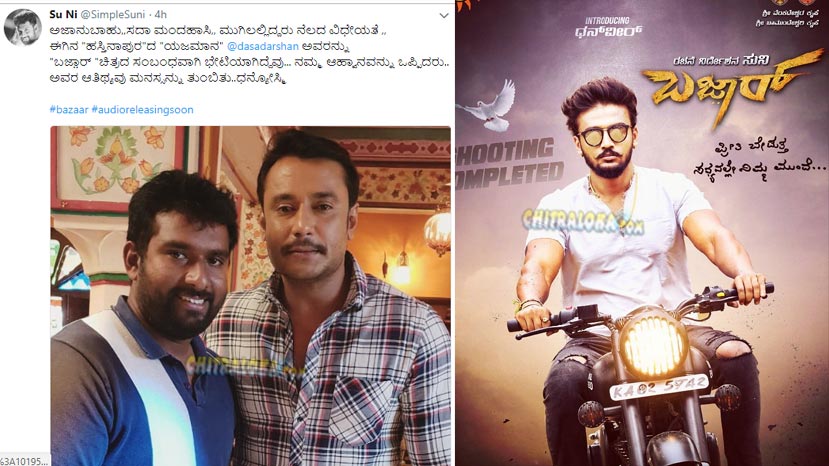 Simple Suni's new film Bazaar is readying for its audio launch function. Gracing the occasion will be Challenging Star Darshan. Suni met Darshan and requested him to be the chief guest to which the star immediately agreed.

Thrilled Suni even wrote a short lyric about Darshan. Dhanveer and Aditi Prabhudeva play the lead role in this film for which Suni has roped in Santhosh Rai Pathaje as the cinematographer and Ravi Basrur as the composer. The film is said to be about gambling on pigeon racing. The teaser of the film was released recently.