The Villain Ice Cream Is Now Available In Market 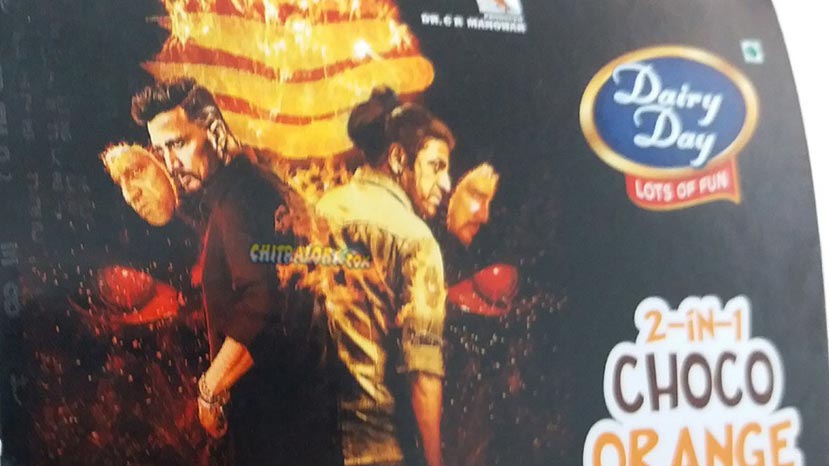 The ice cream that was launched along with the teaser of the film The Villian is now available in stores for the public. The Chocolate-Orange ice cream has been shaped to match the design of the title.

The ice cream is priced at Rs 35 and Dairy Day claims it is the first time in the history of Indian films that a ice cream shaped like the film title has been launched. One Rupee from each ice cream sold will be reserved for the welfare of film technicians of Sandalwood. People who buy the ice cream can also win tickets for the film with a scheme called 'Selfi Hideeri Ticket Hodeeri'.--