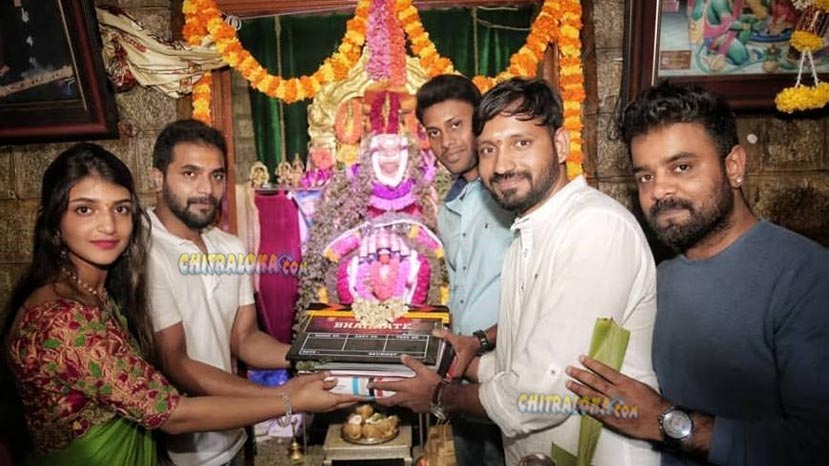 Murali's new film 'Bharaate' being directed by 'Bahaddur' Chethan is all set to be launched soon. Meanwhile, the script pooja was done on Monday in Bangalore.

The script pooja was a low key affair and was held at the Panchamukhi Anjaneya Temple in Chandra Layout. Actors Murali and Srileela, director Chethan Kumar, cinematographer Bhuvan Gowda, producer Supreeth and others were present at the occasion.

Chethan Kumar himself has scripted the film apart from directing it. Supreeth who had distributed many films including 'Bharjari' is the producer. Srileela is the heroine of the film.