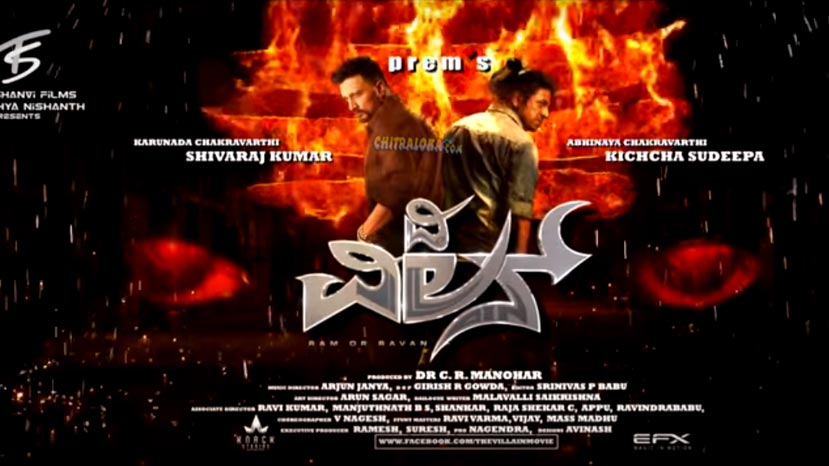 A new kind of two-in-one ice cream is being launched by an ice cream company to commemorate the teaser launch of The Villain. The film directed by Prem and starring Shiva Rajkumar and Sudeep will have its teaser launch at the GT Mall on the evening of June 28. The ice cream will have two flavours, chocolate and orange. Tickets will be available for the teaser launch event priced at Rs 500.

Chief Minister HD Kumaraswamy will be the chief guest. The money collected from the tickets will be immediately given to Kannada film directors who are in need. Prem sought forgiveness from the fans for the delay in the release of the teaser. He promised that it would be worth it. The director also pointed to the recent controversy over the issue of using the title 'Boss' among the fans.

He said that the real boss is the fan who watches all Kannada films and is a fan to all Kannada actors. He also said there is no controversy over the song featuring Shivanna which says 'Nenne Monne Bandorella Number 1 antare' and said it had nothing to do with the 'Boss' controversy. He said that the song is related to the character and nothing to do with real life and fans will understand once the songs are released.

He has not however given the dates for the film's release. But with the teaser release it can be expected that the film will be released within the next two months.