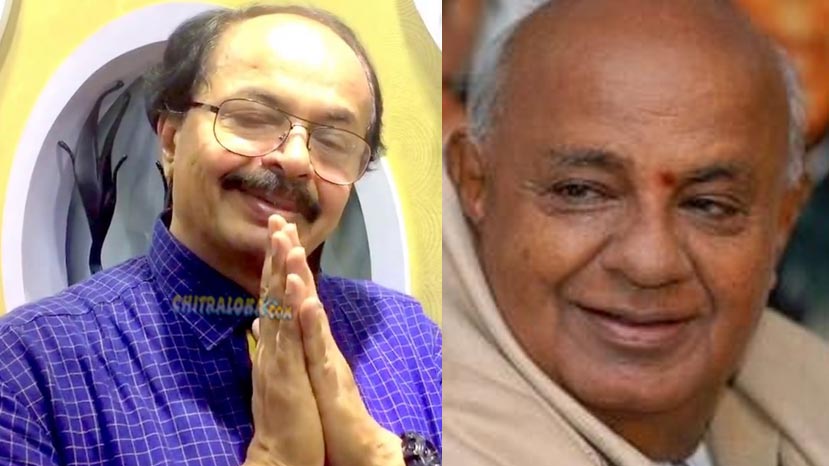 Did the appointment of Nagathihalli Chandrashekar as the president of the Karnataka Chalanachitra Academy got anything to do with his closeness with HD Deve Gowda? Soon after the government's announcement of appointing Chandrashekar as the president of KCA messages and talk in Sandalwood is about how the director is close to the Deve Gowda family.

There is no doubt that Nagathihalli is one of the most capable persons to run KCA. He has the ability and is widely accepted and respected in the film industry. But it is also true that he is very close to Deve Gowda. He was instrumental in giving suggestions when the former prime minister was writing a book. His appointment now is being seen as a payback by the Deve Gowda family for helping Deve Gowda earlier.