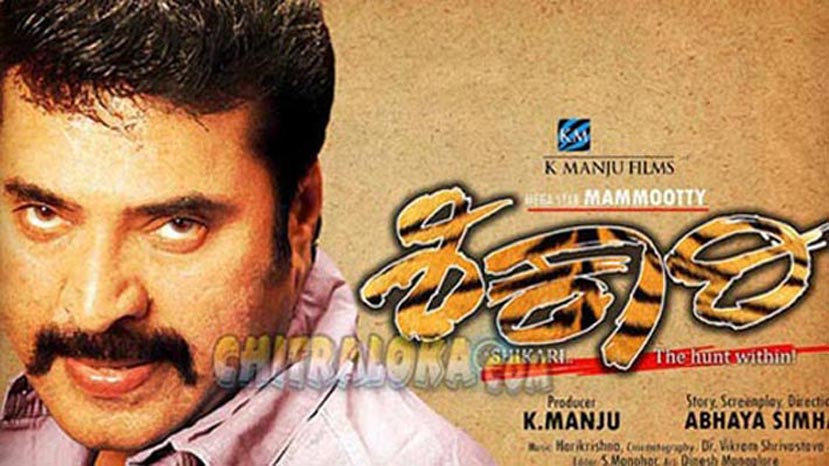 Shikari produced by K. Manju in Kannada and Malayalam and directed by Abhay Simha has been selected to the 18th Kolkatta International Film Festival (2012) to be held in the month of November. Though the film did not achieve a level of success in Box office, the contents of the film was well recognised by critics and film fans. Mammotty played the lead role in the film playing two different characters-one a present day software engineer and the other a freedom fighter who wages a fight against the british rule-in the film which had Poonam Baffna as a heroine. Adithya, Neenasam Achyutha, Sihi Kahi Chandru, Sharath Lohithashwa played other important roles in the film. Vikrma Srivasthava was the cinemetographer while Hari Krishna was the music director of the film.

Director Abhay Simha who is on his way to complete the shooting portions of his new film "Sakkare' starring Ganesh and Deepa Sannidhi is quite happy that his first commercial film has been recognised for its quality. He is happy that Shkari has been selected for Kolkotta International Film Festival.