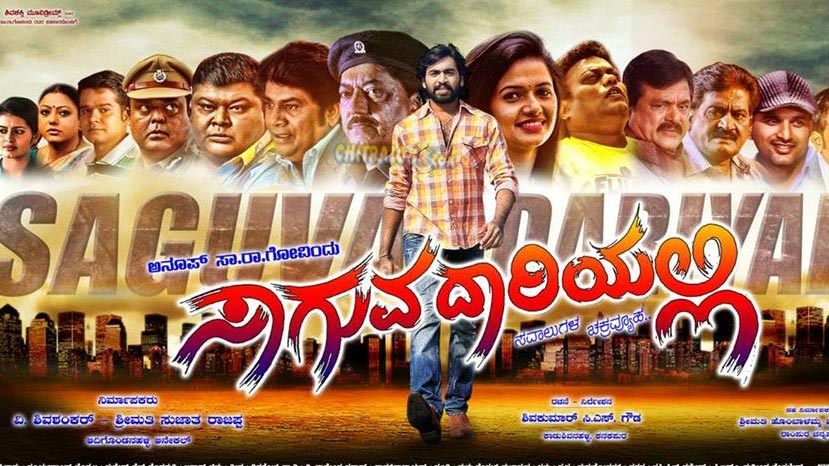 Anup Sa Ra Govindu's new film 'Saguva Dariyalli' is all set to release on the 20th of April across Karnataka.

'Saguva Dariyalli' was launched a few years back. However, the film got delayed due to various reasons. The film got completed last year and is ready for release. Actor Sudeep released the film's trailer and Puneeth had released the songs of the film.

'Saguva Dariyalli' stars Anup, Pavithra Gowda, Devaraj, Sharath Lohitashwa, Jai Jagadish, Rangayana Raghu, Bullet Prakash and others in prominent roles. The film is written and directed by Shivakumar, while Shivashankar is the producer. Nagu is the music director.