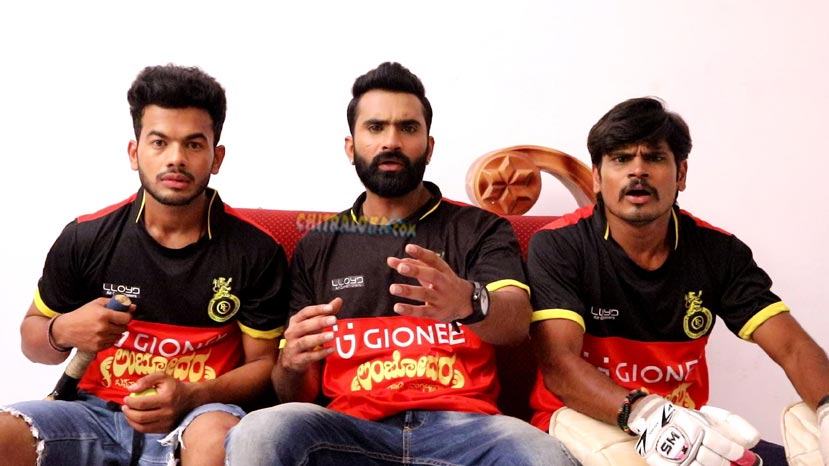 The shooting for Yogi starrer 'Lambodara' is in full progress and now the team has released a promotional video for the promotion of Indian Premier League. Yogi, Dharmanna and Siddu has featured in the promotional song.

'Lambodara - Basavanagudi' is being written and directed by K Krishnaraj and is being produced by Vishweshwar and Raghavendra Bhatt under the Vrushank Movie Makers banner.

The talkie portion for the film is already completed and the team is planning to start the shooting of songs soon. The film stars Yogi, Akanksha, Dharmanna, Achyuth Kumar, Manjunath Hegade and others. Karthik Sharma is the music director, while Aravind Kashyap is the cameraman.