Bhandari Brothers Apologises For Their Remarks 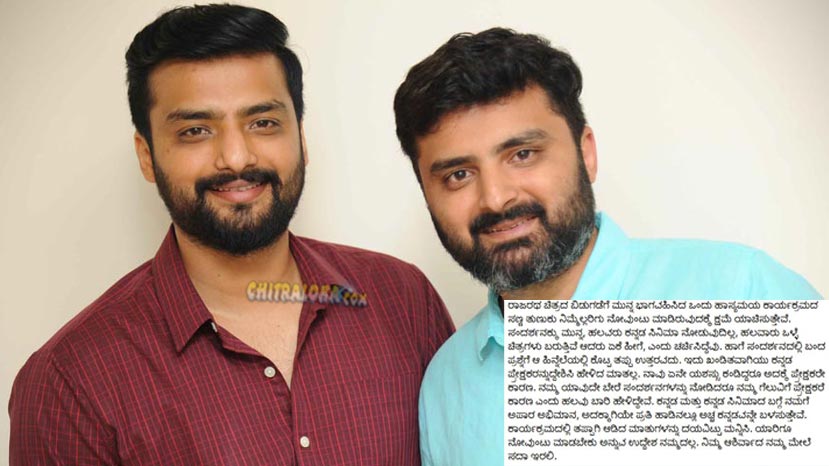 Anup Bhandari and Nirup Bhandari on Tuesday evening apologised for their anti-Kannada remarks at a press conference organised at the Karnataka Film Chamber of Commerce.