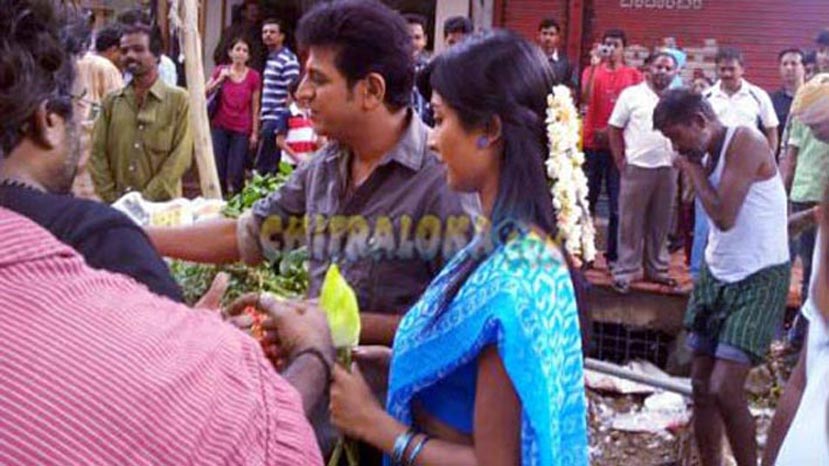 The shooting of Shivaraj Kumar and Radhika Pandit starrer Kaddipudi started on Monday with the shooting of a fight and chase sequence near HMT circle.  This film cements the combination of  the Century Star and director-writer Soori.   S.Krishna is the cinemetographer of the film while Hari Krishna is the music director of this film. Swayamvara producer and actor Chandru is the producer of this film.

The fight sequence will be picturised for three days after which the unit will move to Gavipuram circle to shoot some major portions of the film.

The film's heroine Radhika Pandit is expected to join the shoot from September 6.  Chandru's birthday falls on September 6 and as per the requirements of the sequence that is to be shot on that day, the producer has arranged to invite the Annamma Thaayi on that day on which a procession sequence is to be shot.