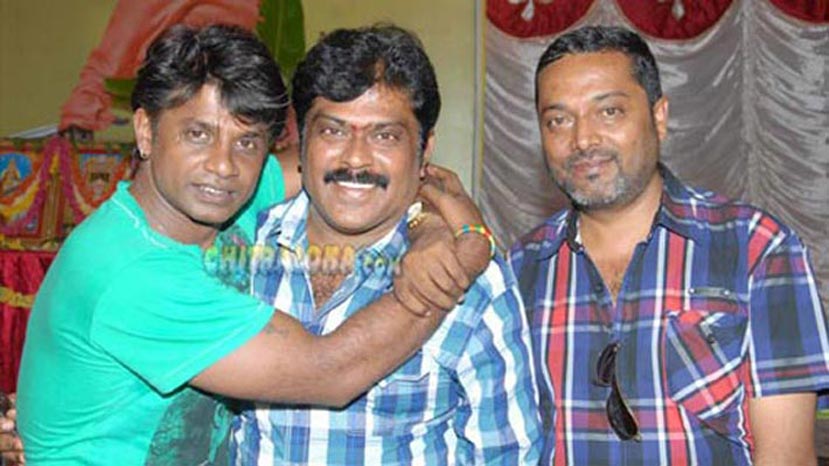 Action hero Duniya Vijay  will be playing a double role in the film “Rajani Kantha’ directed by  Pradeep Raj and produced by K.Manju. Now, Vijay has completed the dubbing work for this film for which the shooting work has already been completed.  Vijay’s earlier film Jarasandha directed by Shashank did obtain a huge opening  but somehow the film did not work at the Box office to the  expected levels.

Duniya Vijay is all set to start shooting for his film “Jayammana Maga’ to be launched by his own production banner which is to be directed by Viji who was an assistant to director Soori.

Direcor  Pradeep Raj who had tasted success through his debut film Kiraathaka  which completed a successful  fifty day run. Another of his film Mr 420 with Ganesh and Praneetha in lead roles has also been completed.

‘I had an ambition to perform in double roles in a film. When Pradeep Raj narrated the script, I was extremely happy. I will be playing a college going boy in this film in one of the roles.  The other role is also quite realistic in its characterisation’  says Vijay expressing his happiness after finishing the dubbing work for the film.

Bewitching  Diva Aindrita is playing the role of a heroine in the film. She is very happy about the way the songs have been picturised for Rajanikantha for which two songs have been shot in Singapore and Malaysia.