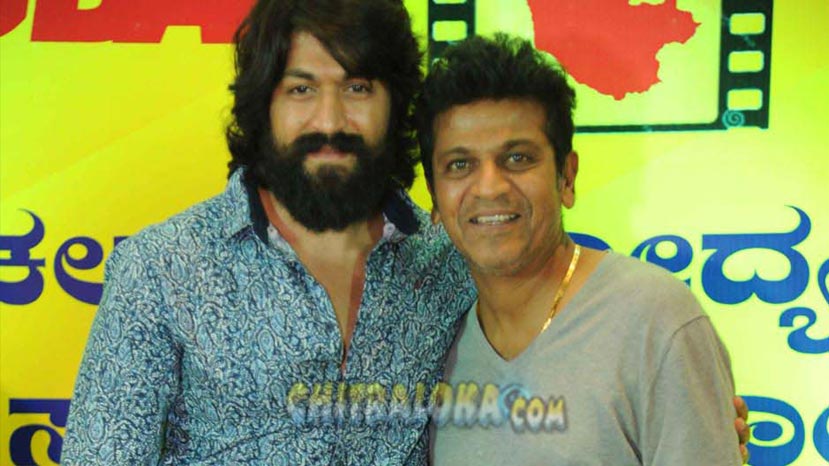 Well known actor Yash is all set to watch Shivarajakumar starrer 'Tagaru' at the Orion Mall in Bangalore today. Yash will be watching the film along with the team members at 4 PM today.

Meanwhile, 'Tagaru' has been released in many cities in America on Friday and after that the film will be released in Europe, UAE and other places.

'Tagaru' stars Shivarajakumar, Dhananjay, Vasishta Simha, Manvitha Harish, Bhavana Menon, Devaraj and others in prominent roles. 'Tagaru - Maiyyalla Pogaru' is being written and directed by Suri, while K P Srikanth is the producer. Mahendra Simha is the cinematographer, while Charan Raj of 'Godhi Banna Sadharana Maikattu' is the music director.