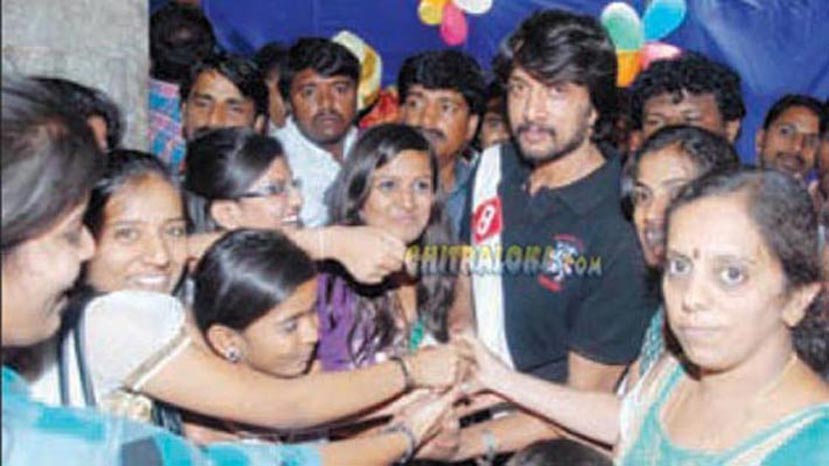 Kicha Sudeepa who has won many hearts of the film fans all around the country through his performance in the S.S.Rajamouli directed bilingual film Eega and Naan Ee in Telugu and Tamil respectively  has adopted  an orphanage run in Bidadi where seventeen young children are being looked after by a young enthusiast who is working with a missionary zeal.  The background of these children are not known, but many of the young kids have been left at the doors of the orphanage in the nights and found early in the morning by the administrator of the Ashram.   Kiccha was looking for adopting this school after hearing about it and had even advised some of his fans from Ramanagar and Bengaluru to find out this orphanage.   On his birthday he has adopted this orphanage which has a youngest child of two months left outside the doors of the orphanage on a dead of night.

This was disclosed to Chitraloka Mega Portal by Ms. Saroja Sanjeev, mother of Kiccha on the day when large scale celebrations of fans was going on in his J.P. Nagar residence.  Kiccha has also given wheel chairs to physically challenged students on his birthday.

Many industry personalities like Tara, Munirathna, A Ganesh, Soorappa Babu, Umesh Banakar,Ramesh Yadav, N Kumar and others were present.