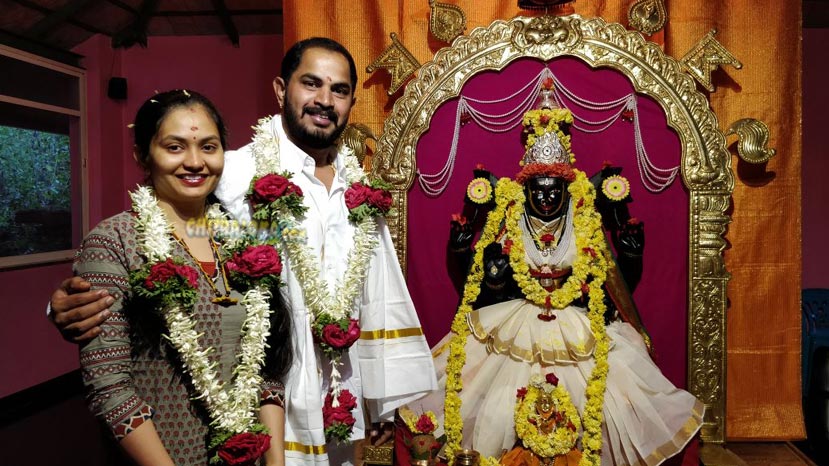 Producer Sundar Gowda who has produced films like 'Jackson' and 'Mastigudi' has silently married MLA Shivamurthy's daughter on Thursday.

Now both Sundar and Laksmi are in undisclosed location.