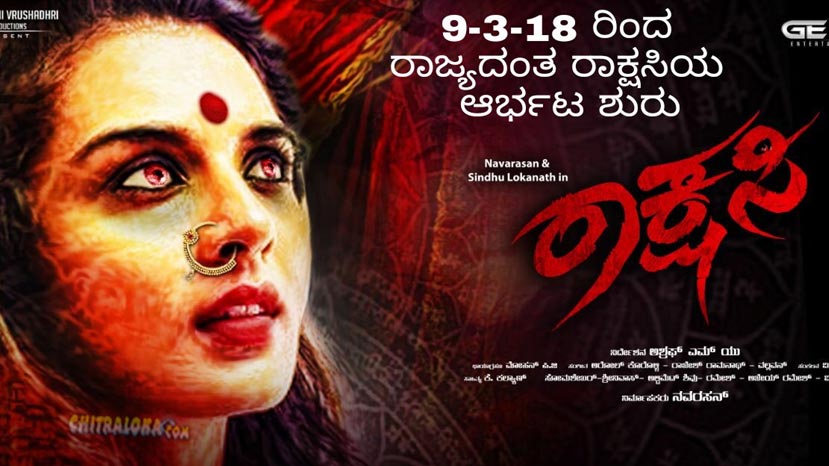 Actress Sindhu Lokanath who has not been seen on screen since her last film Rakshasi in 2015 is back. After her marriage last year it was speculated that she will stop acting. But here is the surprise for her fans. As many as four of her films are releasing in the next few months. Strangely her return to screen is with Rakshashi.

The film is being re-released after three years. It will release this Friday again. In 2015 it was pulled out of theaters by the producer for some reason promising that it would be released in a bigger way shortly. But it has taken three years. Heegondu Dina is the next film of Sindhu. It would have released this Friday itself if there was no bandh called by the film industry. Two other films starring Sindhu are almost complete and readying for release. One is a Malayalam film and the other is Tulu film Ambar Caterers.