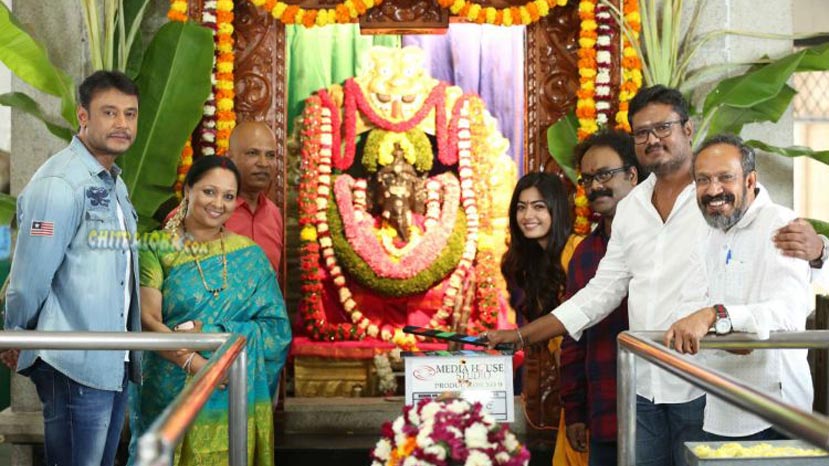 Darshan's 51st film which is being directed by Pon Kumar and produced by Shylaja Nag and B Suresha is all set to start from the 19th of February. Meanwhile, there is a news that the film has been titled as 'Yajamana'.

The title of the new film is all set to be disclosed on Darshan's birthday (February 16th). However, sources say the film has been titled as 'Yajamana'. This is the second film in the same title and earlier, late Dr Vishnuvardhan had acted in a film called 'Yajamana' and the film was a super hit.

The film stars Darshan, Rashmika Mandanna, Tanya Hope and others. Dhananjay will be playing the role of villain in this film, apart from Ravishankar. V Harikrishna is the music director. Srishah Koodavalli is the camerman.