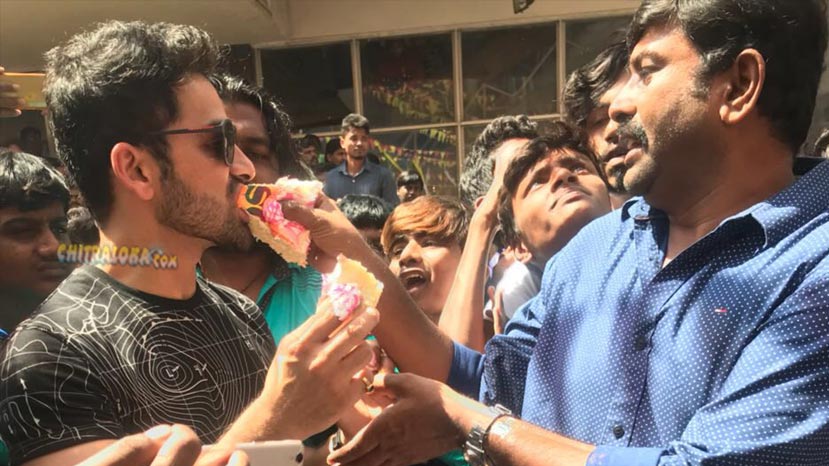 Gurunandan starrer 'Raju Kannada Medium' which was released last month has completed a 25 day run at the box-office. To mark the occasion, the team members including Gurunandan, producer Suresh and others gathered at the Santhosh theater and celebrated by cutting a cake.