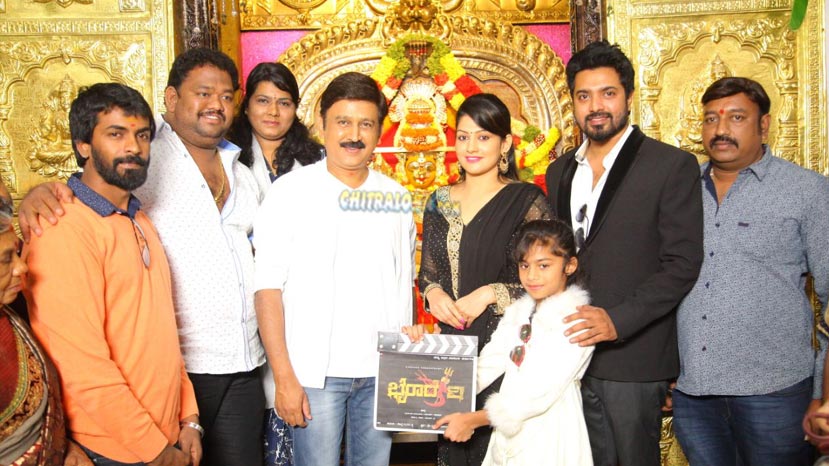 Radhika Kumaraswamy has launched a new film titled Bhaira Devi. It is a multi starter starring Ramesh Aravind, Radhika, Skanda, Anu Prabhakar and others. The film is being made in Kannada, Tamil and Telugu. Director Shri Jai who made RX Suri earlier is directing this film.

The muharat was held at Bande Mahakali Temple in Bengaluru. The film is being produced under Shamika Productions. Radhika's daughter Shamika held the clapboard for the first shot.