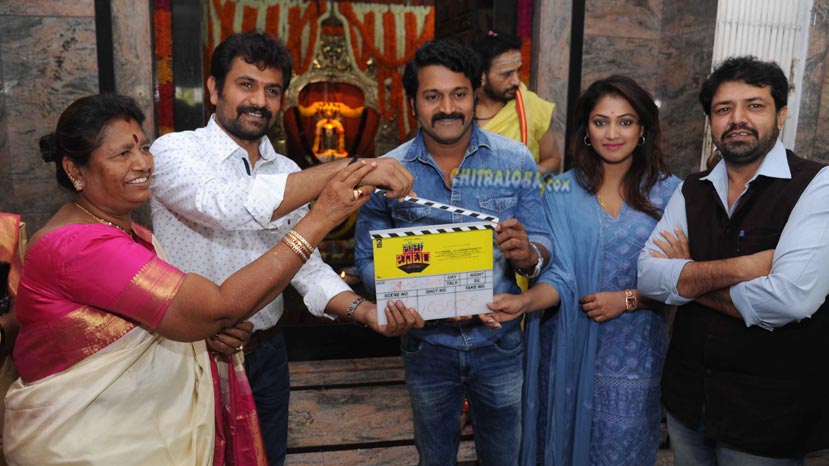 Director Jayatheertha who is looking forward for the release of his latest film 'Venilla' has silently started a new film called 'Bell Bottom'. The film which stars Rishab Shetty and Haripriya was launched on Monday at the Dharmagiri Manjunatha Swamy temple in Bangalore.

One of the highlights of 'Bell Bottom' is three well known directors are working for this film. While, Jayatheertha is directing it, Rishab and Shivamani are acting in the film in main roles. The film is a periodic thriller set in the 1980s.