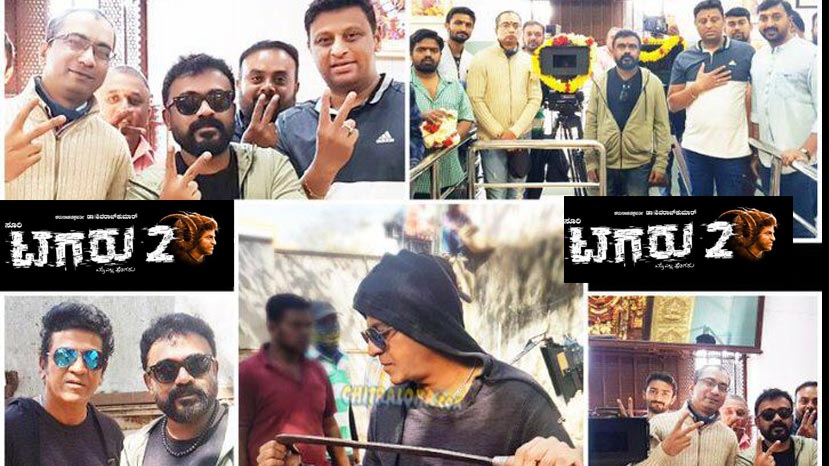 If everything had gone right, then Shivarajakumar starrer 'Tagaru' was supposed to hit the theaters by now. However, the film got delayed due to various reasons. Now the film is all set to hit the screens in the month of February. Meanwhile, a sequel was launched on Saturday.

'Tagaru 2' has been in the offing for while and now the team has launched the sequel on Saturday and a scene was also shot. The scene will be appearing as the last scene of the first part.

'Tagaru' stars Shivarajakumar, Dhananjay, Vasishta Simha, Manvitha Harish, Bhavana Menon, Devaraj and others in prominent roles. 'Tagaru - Maiyyalla Pogaru' is being written and directed by Suri, while K P Srikanth is producing the film. Mahendra Simha is the cinematographer, while Charan Raj of 'Godhi Banna Sadharana Maikattu' is the music director.