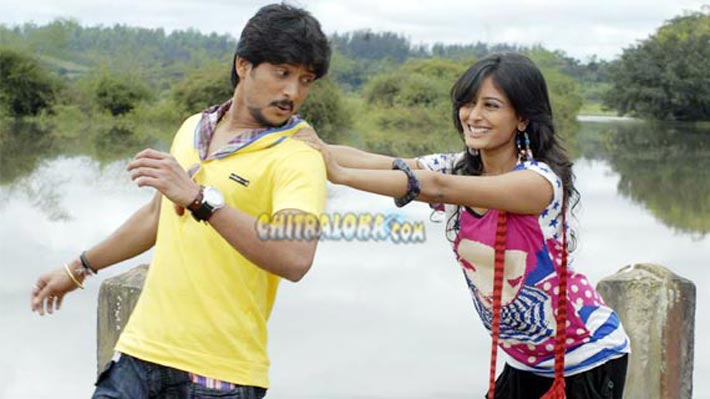 Shanshank directed Krishnan Love story starring Ajay Kumar and Radhika Pandit had its audio album released through a Private Channel programme . The song clips and the promotional trailers shown during the television launch was much appreciated. Now, the audio album which has been released through Anand Audio is getting a good response, according to Market Analysts.

Uday Mehta and Mohan Naik have produced this film which has the music of Sridhar. Shekhar Chandru is the cameraman of this film, while Harsha has choreographed all the songs of the film. Prakash is the editor.

The final phase of post production work is now going on and the first print is expected to come with in a few days. Two songs written by Jayanth Kaikini (Santheyalli Nintharoonu and Neenaadadha Maathu) sung by Sonu Nigam and Lakshmi and the other one by Rajesh have been much liked by the film fans. Shashank's previous films Sixer and Mogginal Manasu have been much liked by many Kannada fans for their presentation. Now, Krishnan Love Story is creating a lot of buzz.