` Chamak To Release In US And Canada On Jan 5th - chitraloka.com | Kannada Movie News, Reviews | Image

Chamak To Release In US And Canada On Jan 5th 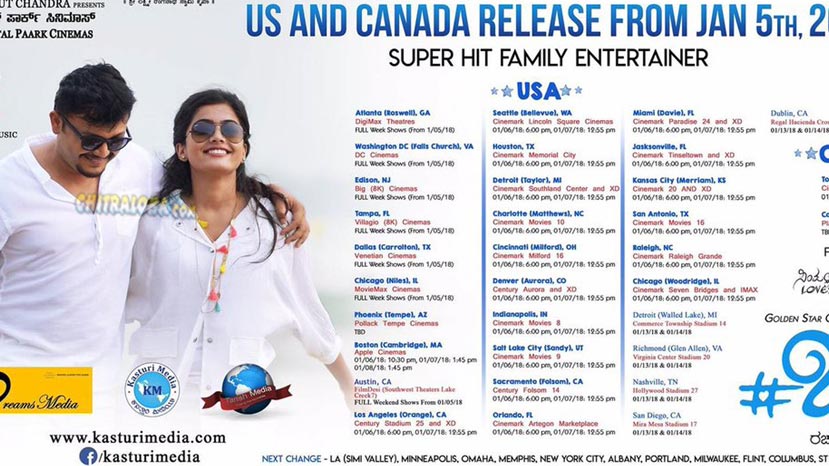 Ganesh starrer 'Chamak' which was released last week is running successfully across Karnataka. Now the film is all set to release in the USA and Canada from the 05th of January. Kasturi Media is releasing the film in US and Canada.

'Chamak' is being written and directed by Suni of 'Simpleaag Ond Love Story' fame and produced by Chandrashekhar. Judah Sandy is the music director of the film, while Santhosh Rai Pathaje is the cameraman.