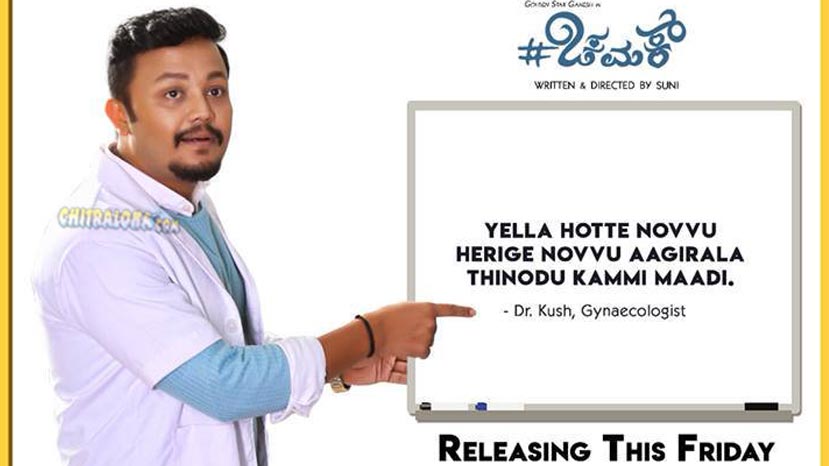 Ganesh starrer 'Chamak' has been released and the film is running successfully across Karnataka. Meanwhile, actor Ganesh is all set to visit Nartaki and Veeresh theaters today as a part of promotions.

'Chamak' is being written and directed by Suni of 'Simpleaag Ond Love Story' fame and produced by Chandrashekhar. For the first time in his career, Ganesh will be playing the role of a doctor in the film. Rashmika Mandanna is the heroine of the film. Sadhu Kokila and others play prominent roles in the film. Ganesh's daughter Charitrya has played the role of his daughter in the film. Judah Sandy is the music director of the film, while Santhosh Rai Pathaje is the cameraman.