206 Shows For Anjaniputra In Bengaluru Multiplexes 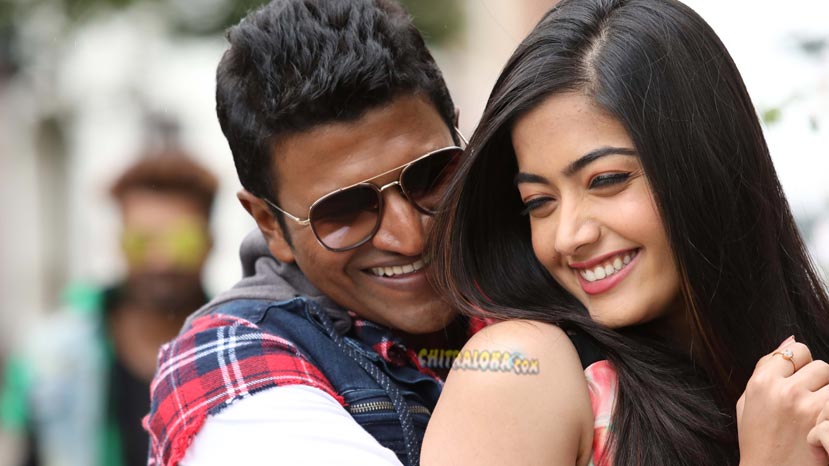 Puneeth Rajkumar's Anjaniputra releasing on Thursday is set for a huge release. In Bengaluru the film is releasing in all 27 multiplexes and many of them will have a record number of shows. PVR Vaishnavi will have a record 15 shows followed by GT World Mall with 14 shows.

PVR Orion is next with 13 shows and Cinepolis in Binnypet with 12 shows. The total number of shows in multiplexes alone is a whopping 206. Apart from this the film is also releasing in 39 single screen theatres in Bengaluru. Each of the single screens will have at least four shows. This means that the film will have a minimum of 362 shows tomorrow. This is one of the biggest ever for any film in Bengaluru.

One of the highlights is that the film will have six shows in Rex Theatre on Brigade Road on Thursday which is a record. Apart from Puneeth Rajkumar the film stars Rashmika Mandanna, Ramya Krishnan, Ravi Shankar, Sadhu Kokila, Chikkanna, Akhilendra Mishra and others.

The film comes after Rajakumara for Puneeth which became the highest grossing film of all time in Kannada earlier this year.

Following are the details as taken to account Wednesday 5.30 PM