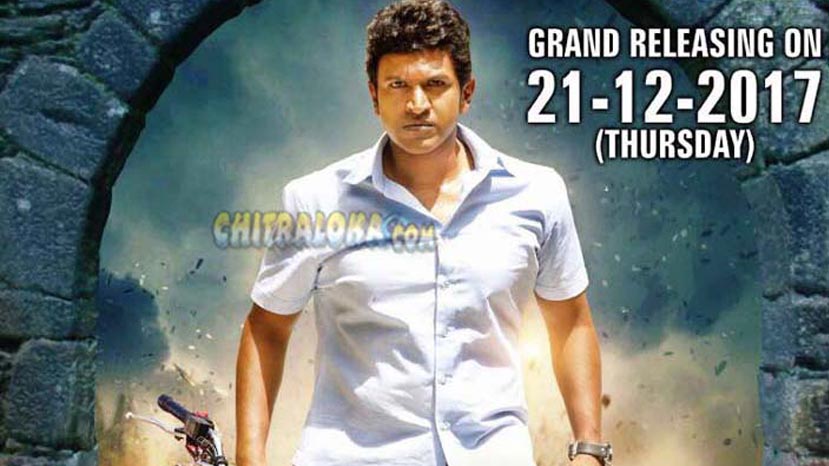 The difference of 20 minutes which is huge indicates that there is much difference between the two films. The difference in the duration is because Anjani Putra is only inspired from the story of Pooja and has been entirely rewritten. Vishal produced and acted in the lead role in the Tamil version. Anjaniputra is releasing this Thursday. This is the first film directed by Asha for Puneeth Rajkumar though he has choreographed for the actor in several films earlier.