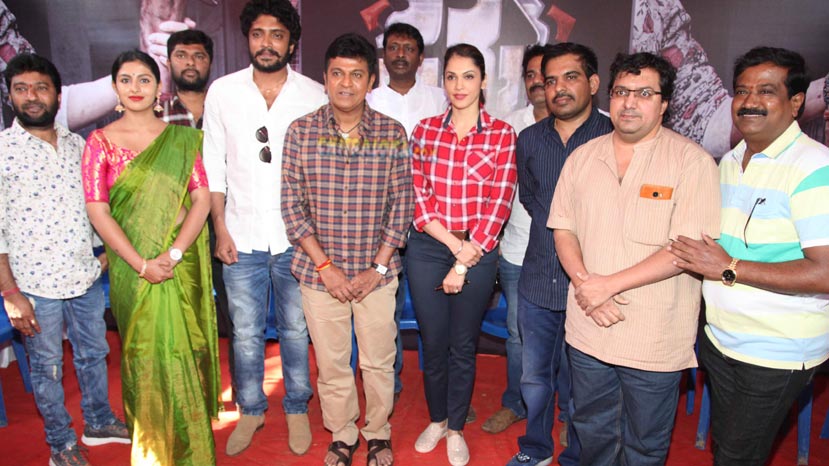 Shivarajakumar's new film 'Kavacha' which is a remake of Malayalam hit 'Oppam' was launched at Uttaradi Mutt in Bangalore. Shivarajakumar plays a blind in this film and the actor faced the first shot of the film.

It was nearly 15 years since the actor acted in a remake film. His last remake film was 'Kodandarama' directed by V Ravichandran. The film was released in 2002 and after a gap of 15 years, the actor is in a remake.