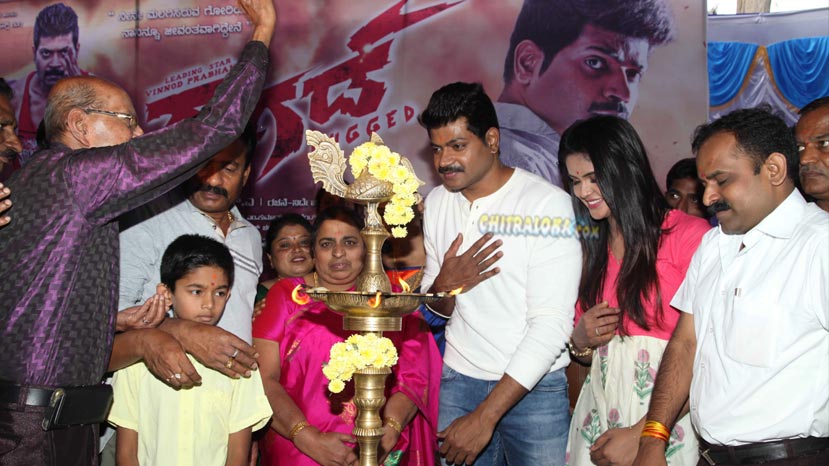 Actor Vinod Prabhakar's 'Crack' which was released a few month back did not due much noise at the box-office. Meanwhile, his new film 'Rugged' was launched on Wednesday morning at the Kanteerava Studios in Bangalore.

The launch was attended by Darshan and the 'Challenging Star' sounded the clap for the first shot of the film. KFCC vice-president Umesh Banakar and others were present at the occasion.

'Rugged' is being written and directed by Mahesh Gowda who has worked as an associate director for Darshan's many films. Arun Kumar is the producer and Abhiman Roy is composing the music for the film.