Athiratha Based On Real Incidents 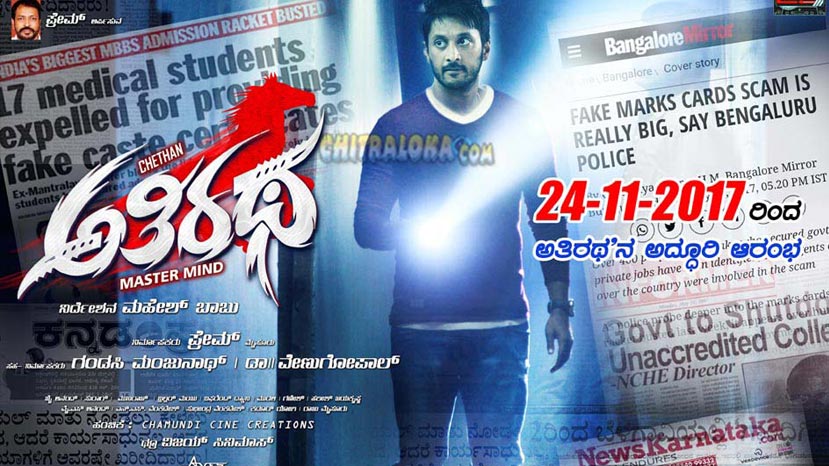 Though the film is based on the Tamil film Kanithan, it takes into account many real incidents that have inspired the story. The film is directed by Mahesh Babu and stars Chetan Kumar in the lead. After many false starts Sadhu Kokila's son Suraag is making his debut as music composer with this film. The songs have been well received and become a big hit.