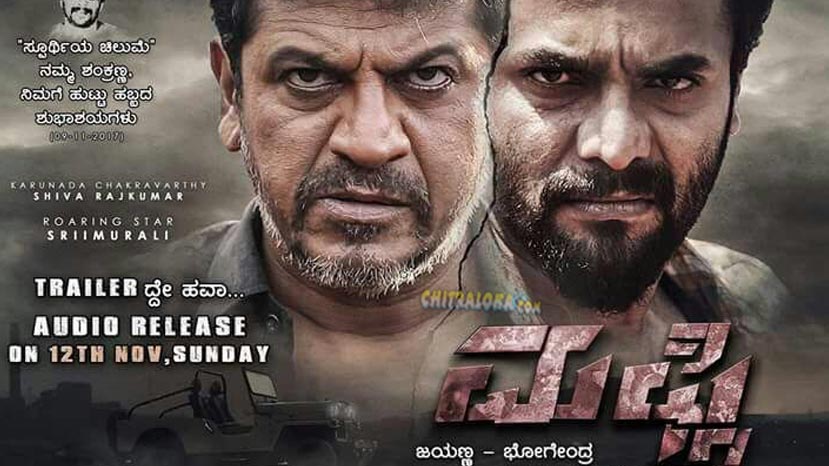 The songs of Shivarajakumar-Murali starrer 'Mufti' being directed by debutante Narthan is all set to be released on the 12th of November.

The songs of the film is composed by Ravi Basrur'. This is the third time Ravi Basrur is composing music for Murali's film in a row after 'Ugram' and 'Rathavara'.

'Mufti' is being written and directed by Narthan and is being produced by Jayanna and Bhogendra under Jayanna Films banner. The film stars Shivarajakumar, Murali, Sanvi Srivatsav, Chaya Singh and others in prominent roles.