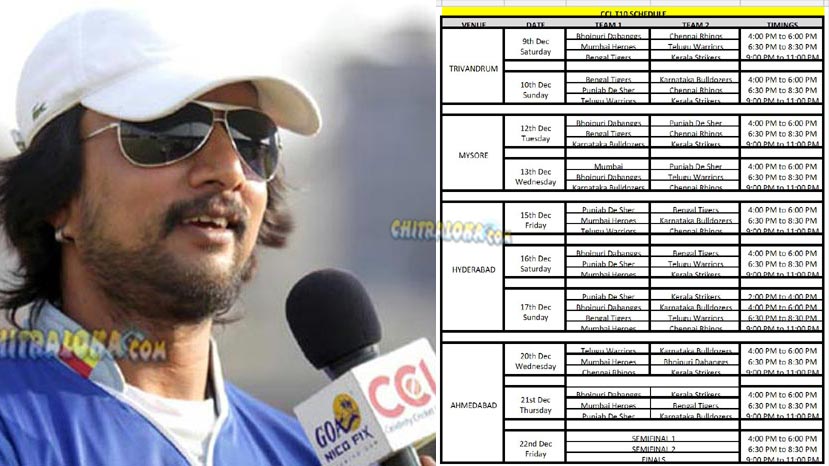 The Celebrity Cricket League time table that is accessed by Chitraloka shows that it is a tough schedule for all the teams. Within 10 days all the teams play seven matches each. Then four of them will play the semifinals. The final will be played the same day as the finals. Thus, the teams making it to the finals will play 12 matches in 12 days! Karnataka Bulldozers have reached the finals five out of the last six times. They have won twice and been runners-up three times.

The first match of Karnataka Bulldozers is at 4 pm on December 10, Sunday against Bengal Tigers. They paly Kerala Strikers at 9 pm on December 12 and the following day they have a match against Chennai Rhinos again at 9 pm. The first match is in Trivandrum against Bengal. The matches against Kerala and Chennai is in Mysuru beore the home crowd. Only two matches will be played by Karnataka in its home ground.

Karnataka Bulldozers team are practicing under the captaincy of Sudeep in Bengaluru for the last one week.