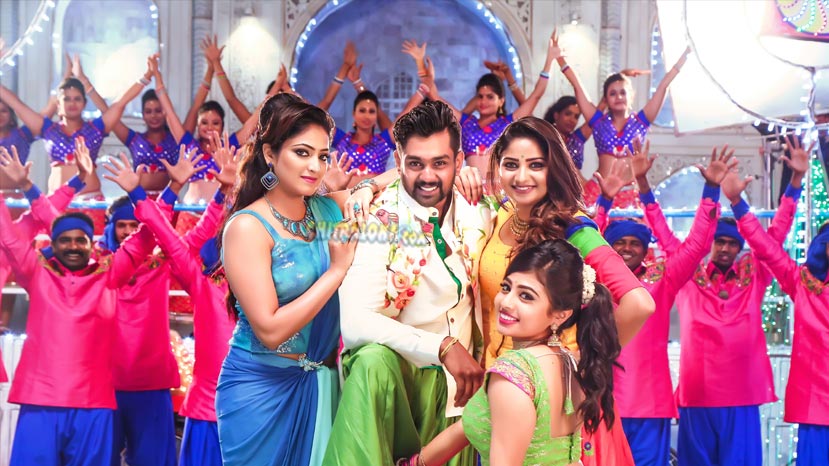 The team of Dhruva Sarja starrer 'Bharjari' visited the Narthaki Theater in Bangalore on Sunday and celebrated the 50 days of the film in a grand style.

'Bharjari' was released on the 15th of September across Karnataka has completed a 50 day run at the box-office. The film has completed a 50 day run in a record 71 centres. To mark the occasion Dhruva Sarja, Rachita Ram, director Chethan Kumar and others visited the Narthaki theater and participated in the 50 days celebrations. The team cut a 50 kg cake at the venue and celebrated the 50 days success.

Bharjari' is produced by Kanakapura Srinivas and is being directed by Chethan Kumar. Dhruva, Haripriya, Rachita Ram, Sadhu Kokila, Tara, Avinash, Uday and others play prominent roles in the film. Chethan himself has written the story, screenplay and dialogues of the film apart from directing it. Srisha Kudavalli is the cinematographer, while V Harikrishna is the music director.