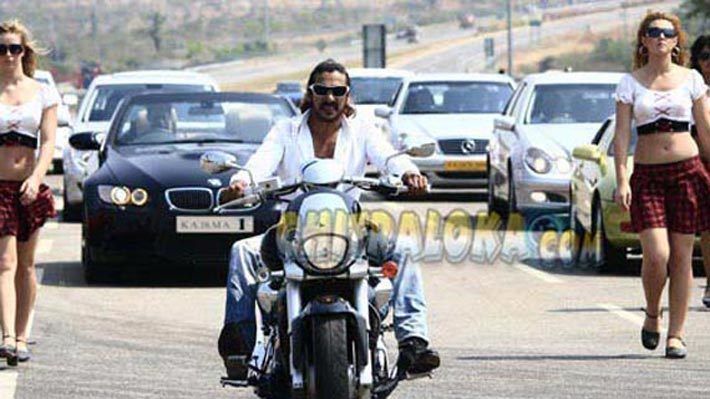 Upendra directed original Kannada version of Super will be screened in USA from the next month, says the real star in his facebook page. Uppi also says that his friend from USA has taken the responsibility of releasing the film in USA. Upendra writes in his face book page that one of his friends Shiva Murthy is working for the release of the film in USA.

'Thanks everyone for your support and patience 'Super' will be releasing in USA next month with the help of my friend Shivamurthy, get ready to meet Rockline Venkatesh and Subhash Chandra Gandhi!' says Upendra in his facebook page.

Meanwhile, Super has completed 75 days run in 36 centres in Karnataka and its Telugu version will be releasing shortly.