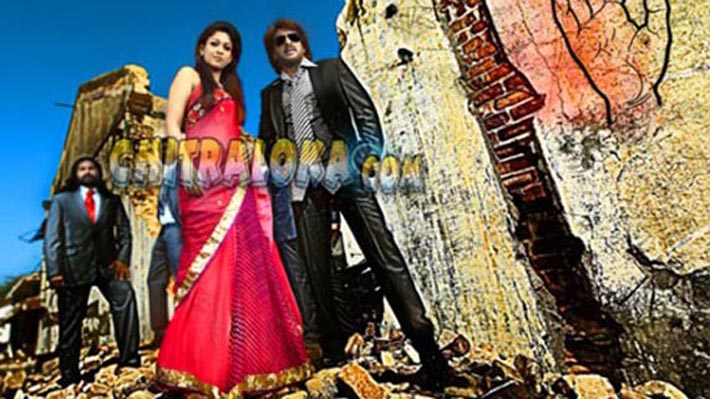 The audio release of Telugu version of Upendra directed Super will be held in Hyderabad on January 20. Already the dubbing work of the film has been completed the film is expected to be released sometime in the second or third week of February.

The telugu version of Upendra directed Super produced by Rockline Venkatesh is all set to hit screens in February and the audio launch has already been announced on January 20. Once the Telugu version of the film will be released, the work for the Tamil dubbed version will start and Super's Tamil Version may be released sometime in the coming summer.

Meanwhile, an excited Rockline Venkatesh says that there has been a great demand for the purchase of the dubbing rights of the film in Oriya, Bengali and Hindi languages. Rockline Venkatesh is planning to release the Tamil version of the film on his own and he has so for not decided about the other versions. He will be taking a decision about either selling the rights or even do it on his own shortly.

Rockline is quite happy that he is getting a huge response from many producers in Oriya, Bengali and Hindi films to purchase the dubbing rights for an enticing price.