Sudeep Vs Sudeep on October 27 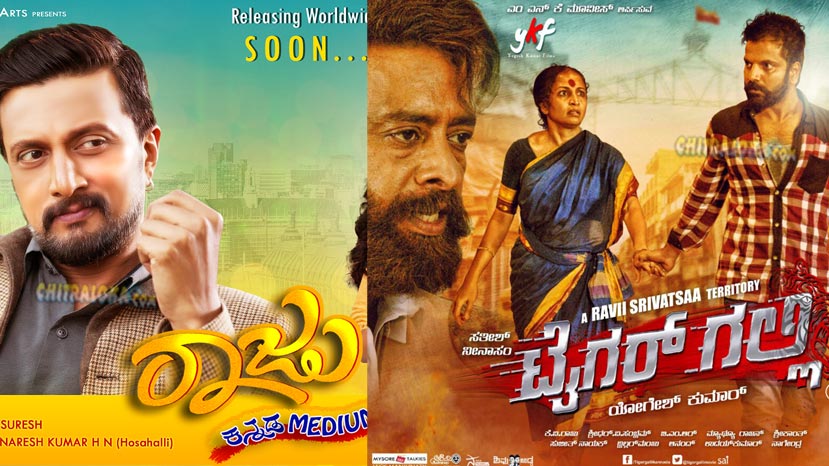 It will be a sort of Sudeep Vs Sudeep on October 27. Tiger Galli starring Ninasam Sathish is one of the films Sudeep is promoting personally. He has participated in a programme along with Sathish a few days ago for this film.

Now another film; Raju Kannada Medium in which Sudeep plays a guest role has also been announced to be releasing on October 27. In a way, it is Sudeep Vs Sudeep this month-end. Sudeep is seen in the posters of Raju Kannada Medium though it is Gurunandan who is playing the lead role. Sudeep participated in the shooting at a golf resort two months ago.

Interestingly, Sudeep will be seen on television hosting the fifth season of Bigg Boss Kannada from this month.So it will be Sudeep on the big screen as well as small screen too.