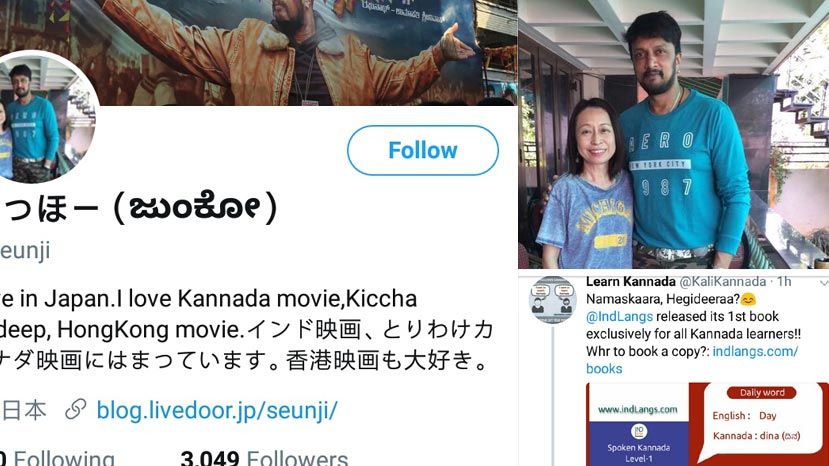 IndLangs.com an initiative to teach Indian languages to other Indians has brought out the book. Junko is a big fan of Sudeep and had even come to Bengaluru to meet her idol. Junko is also a blogger in which she usually shares information about Sudeep and his films and also about other Kannada and Indian films sometimes.