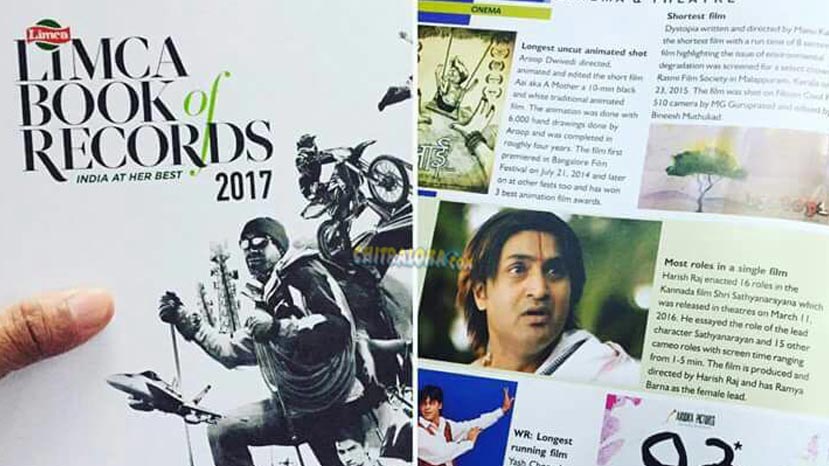 Harish Raj has finally got hold of a copy of the Limca Book of Records 2017. This edition features a record by Harish Raj. He now holds the record the highest number of roles in a single film. He essayed 16 roles in the film Shri Satyanarayana which released in March last year.

Apart from the lead role he also acted in 15 cameo roles which had duration of between 1 and 5 minutes each. Harish also produced and directed the film Shri Satyanarayana.