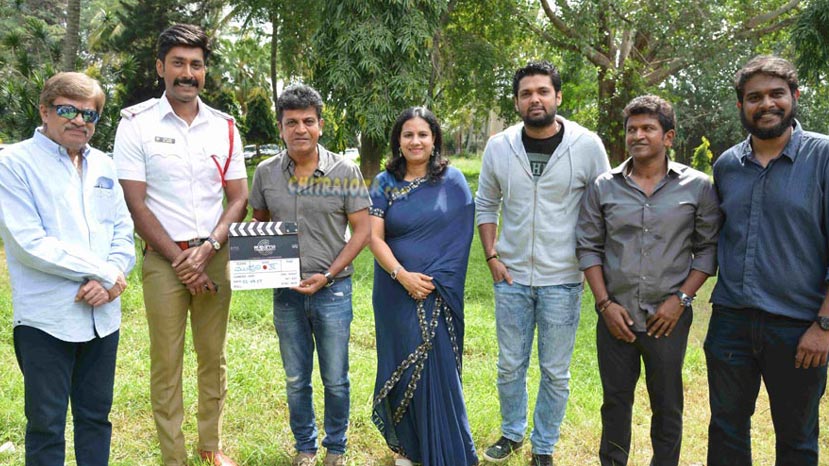 'Godhi Banna Sadharana Maikattu' fame Hemanth Rao's new film film which is being produced by Ashwini Puneeth Rajakumar under the PRK banner was launched on Friday in Kanteerava Studios.

The launch was attended by many big personalities of Sandalwood. Karnataka Film Chamber of Commerce president Sa Ra Govindu, Shivarajakumar, Rakshith Shetty, Santhosh Anandaram and others were present at the occasion. Shivarajakumar sounded the clap for the film.

'Kavalu Daari' is a thriller and Hemanth Rao himself has written the story and screenplay for the film. Charan Raj is the music director, while Advaitha Gurumurthy is the cameraman. The film has Manish Rishi playing the lead. Roshini Prakash who made her debut through 'Ajaramara' is the heroine. Ananth Nag plays another prominent role in the film.