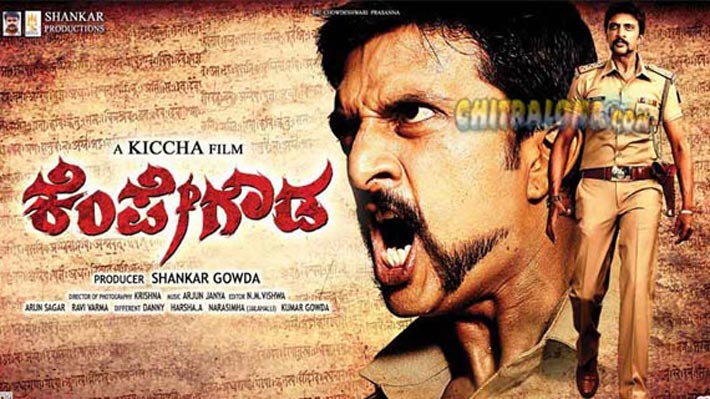 The audio album of Sudeep directed Kempe Gowda starring himself and glam girl Raagini in the lead will be released on January 21 or January 24, according to the film's producer Shankare Gowda. Speaking to Chitraloka Mega Portal, Shankare Gowda said that all the five songs tuned by Music director Arjun have come out very well.

Particularly most of the music companies who were interested to purchase the rights were impressed with the Yogaraj Bhat song starting with lyrics Hale Radiyoli Haadu Keli and another duet song, he added.

"The negotiations are still underway and we will finish the business of audio rights sale within two days. We are expecting a huge price from the Audio sales' says Shankare Gowda. Meanwhile according to Shankare Gowda there has been lot of inquiries from the distribution sector to purchase the rights of the film. "We are being offered the best prices so far and it is certainly several notches more than any earlier Sudeep films. We are making hard bargains to get the best of the lot. I am also thinking of releasing the film on my own in BKTC area where the collections of star studded films has shown a tremendous increase in recent days' says Shankare Gowda.