Murali Releases The Songs Of 'Sarvasva' 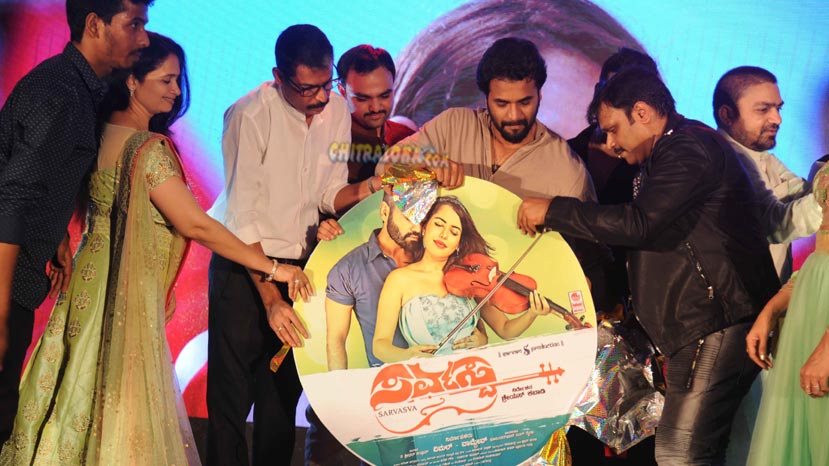 Actor Murali on Saturday evening released the songs of 'Sarvasva' composed by music director Sridhar Sambhram. Apart from Murali, Lahari Velu, Kaviraj and others were present at the occasion.

'Sarvasva' stars Tilak and other in prominent roles and Shreyas Kabadi has directed the film, while Vimal and Vamdev have produced the film under the Sarvam film banner.

The shooting for the film is completed and the film is all ready to hit the screens in the month of October.