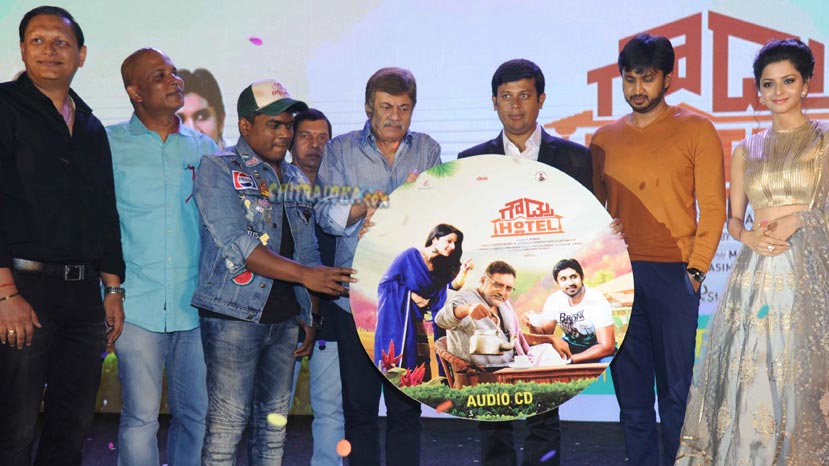 Veteran actor Ananth Nag on Saturday night released the songs of 'Gowdru Hotel' which is a remake of Malayalam hit 'Ustad Hotel'. The songs of the film have been composed by well known music composer Yuvan Shankar Raja, son of Music Maestro Ilayaraja.

Apart from Ananth Nag, Gayathri Ananthi Nag, Yogi Dwarkish, Sihikahi Chandru and others were present at the occasion.

'Gowdru Hotel' is being directed by Pon Kumar, while Satish Reddy, Ramesh Shiva and Satyan are producing the film. Mammootty's son Dulqer Salman had made his debut in the original, while Rachan Chandra is making debut in the Kannada version of 'Ustaad Hotel