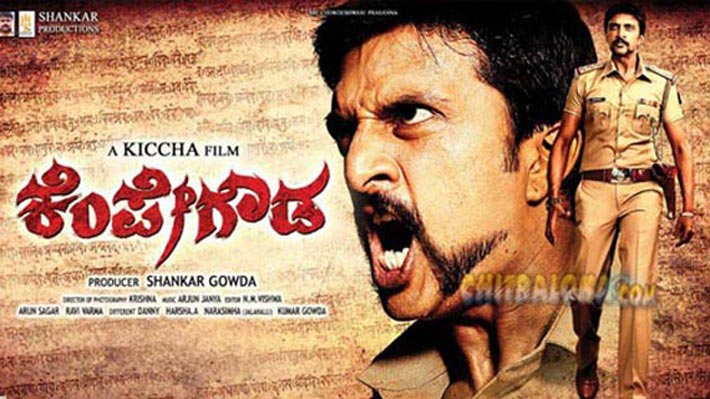 Actor-Director Sudeep who is working overtime to get the first print of his forthcoming release Kempe Gowda before February 20 says that everything is on track and he is confident of the first copy hitting on the target deadline.

"Everything is going on smoothly. I have been working with all my associates and some well wishers to see that the print will come on time. The digital work is going as per expected lines in Karisubbu's studio. It has been an incredible journey for me during the making of Kempe Gowda. It is the most tiring job, but at the same time it has given me some good positive energy' says Sudeep.

Sudeep says that the technical expertise obtained in the Kannada film industry can match other competitive industries. "I think we have made many innovative attempts in this film which will be noticed by the film fans' says Sudeep.