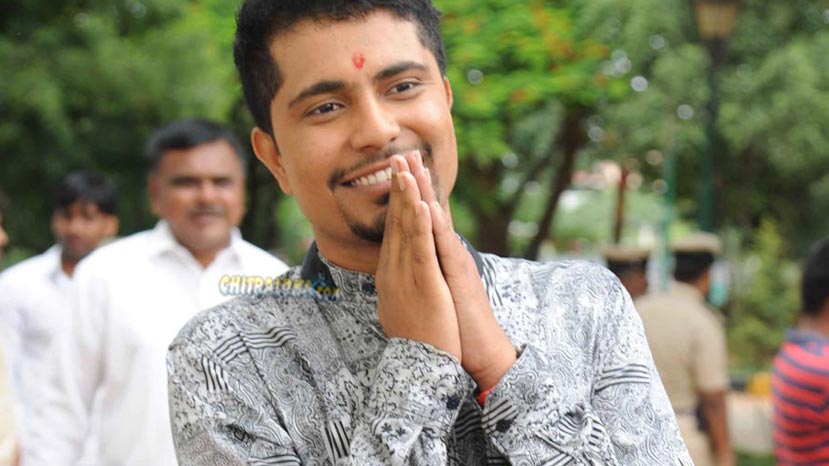 Bigg Boss winner Pratham is on to Build-up again. This is the title of his new movie title which is has the tagline "Ee nanna maganadu ede atithu guru!"

Pratham is not only acting in Build-Up but he is also directing the movie. A well known businessman is the producer and one of the well known south actress is likely to be the heroine of this movie.

Speaking to Chitraloka Pratham has thanked Producer Udaya Mehta and Mrs Vasavi Mehta for their support. Pratham's other movies are also progressing fast. Devarantha Manushya's audio will be released in September first week and another movie MLA's shooting is in progress.

The new film Build-Up will have music by Vikram who is also the composer for his other film MLA. The second teaser of Devranta Manushya will be released on Monday. Meanwhile a special photo shoot for is taking place for Build-Up on Sunday. Pratham says this movie is a nonstop funny subject.