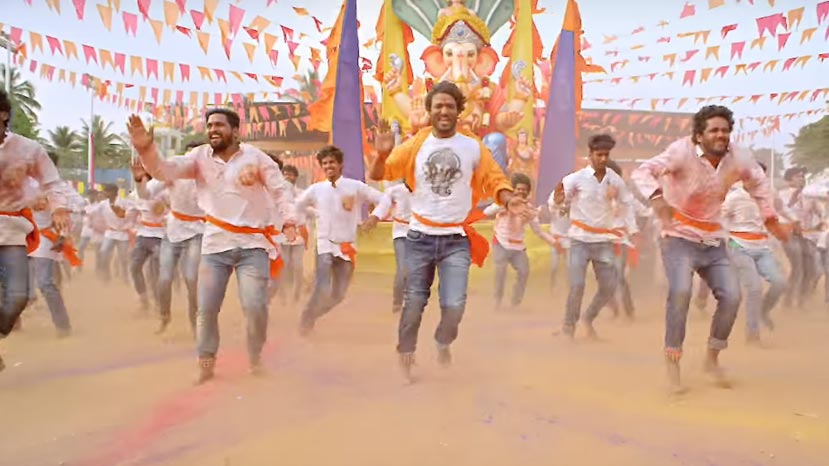 The Ganesha festival song of film Uppu Huli Khara that was released online this morning is a song for national integration.

The film's director and choreographer Imran Sardariya explains that the song is written by AP Arjun a Hindu and music is by Judan Sandhy a Christian and he a Muslim is the choreographer. That was one of the reasons to release the song on Independence Day. Kichcha Sudeep has sung the song.

The song was released in the lyrical version four months ago. Today the video version has been released and has become a hit going by the response it is generating.