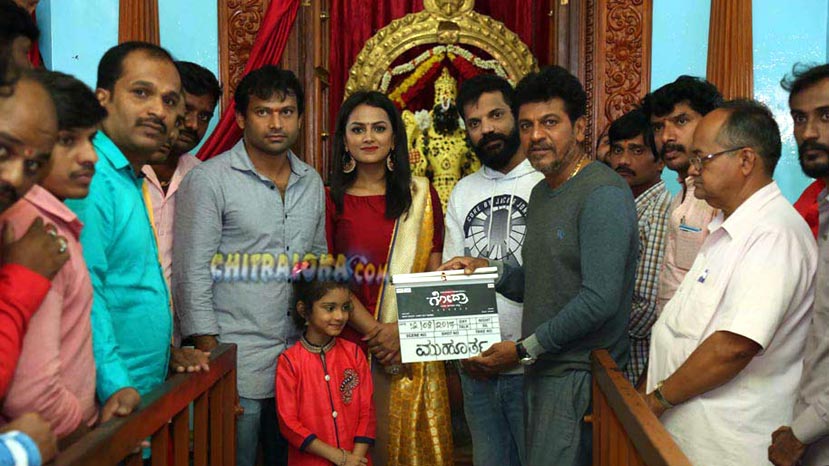 Satish Neenasam's  new film 'Godhra' was launched on Saturday morning at at the Omkar Hills in Rajarajeshwari Nagar in Bangalore and Shivarajakumar sounded clap for the first shot of the film.

The new film is being directed by Nandish who had earlier assisted Jacob Verghese in 'Chambal' and others.

Apart from Satish, Shraddha Srinath and Kishore will be playing prominent roles. The shooting for the film will be held in Bangalore, Kukke Subramanya apart from Chattisgarh.